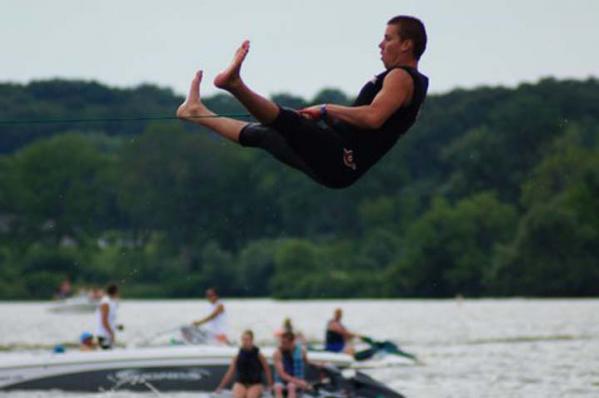 Hundreds of visitors came to the Backwater Gamblers' site in Rock Island on July 14th & 15th to "ski big or go home" at this year's Central Region Water-Ski Show Tournament.

Roughly 700 contestants competed in the 2 day show in a variety of skiing categories, including strap doubles, team jump, and team competition.

The Wonder Lake Ski Team not only won the Central Regionals but swept the entire tournament in all box scores, highest scoring acts of the tournament and had the 2012 individual strap double couple in the individual competition!

The Team will compete in the National Tournament next month in Wisconsin.

To feel what it is like to be a member of the Team, visit their You Tube page and ride along as team members recorded their performance from their own perspectives.