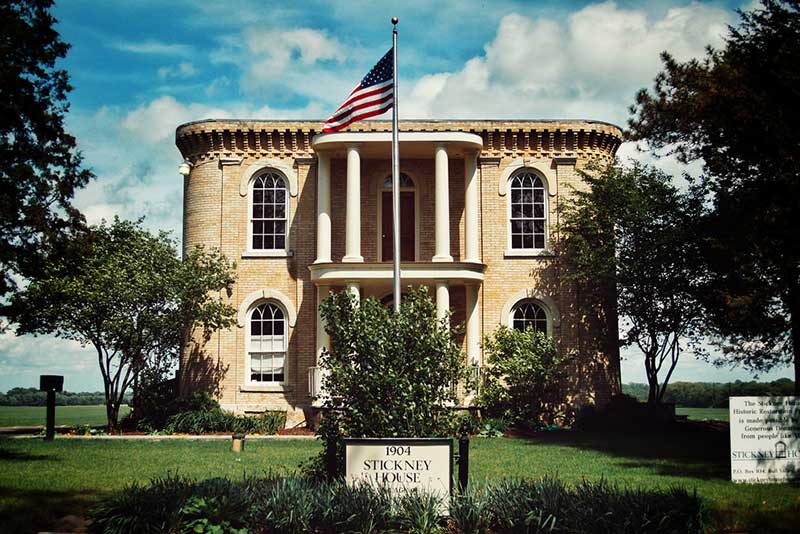 The house is widely considered bizarre due to its design, which was based, in part, on George Stickney's belief in Spiritualism. As an adherent to spiritualism, Stickney believed that the spirits in his house required the freedom to roam without getting caught in corners. Therefore, the home's interior was designed with no 90 degree angles between the walls. However, presently, only exterior "corners" in the house are rounded.

The Stickneys may have drifted toward spiritualism as a way to communicate with their dead children; they had ten children but only three survived to adulthood. It is known that the family conducted seances on the second floor of the building. In the years since the house left the hands of the Stickney family, owners have reported supernatural occurrences.